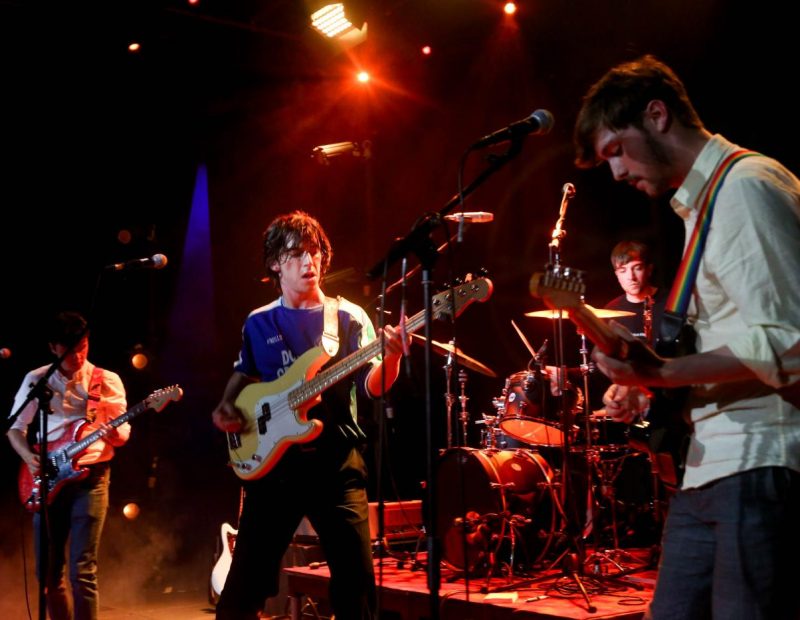 Having undertaken over 12 months of mentorship from a range of experienced producers and curators, Aisling Faulkner, one of the first cohort of Earagail Arts Festival’s New Curators, selected three of Ireland’s finest socially conscious bands to perform at an All Ages Show at the Regional Cultural Centre Letterkenny for Earagail Arts Festival 2022. Photos: Donna El Assaad, EAF Team

Cherym is a three-piece pop rock band based in Derry. They have had a busy year of touring, playing shows all over the world, including SXSW in Austin, Texas (USA). They are currently on a European tour. Cherym are activists within the LGBTQ+ community and the feminist movement.

Sheerbuzz is a four-piece indie alt rock band based in Donegal. They are currently in the process of writing some new music. They made their TV debut on BBC2 NI’s Ceol le Toal on the 14th of Feb this year (2022).

Problem Patterns from Belfast are not limited by age or ability or binary identities. They don’t have a front person, they swap instruments and roles to ensure that each member of the group has a voice.