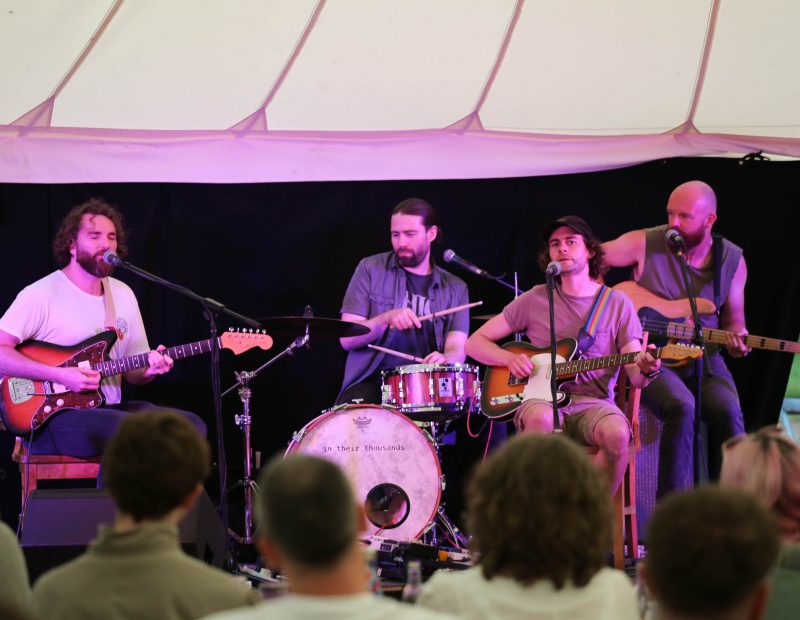 In Their Thousands, a four-piece alternative rock band from the north-west Atlantic coast of Donegal, closed Earagail Arts Festival 2021 at Rathmullan House. Two brothers, their first cousin, and a lifelong friend making deep, epic but accessible stadium alt-rock. A desperately beautiful rural place with dramatic landscape and a history of emigration, the sound is deeply influenced by the surroundings. Blending imagery from the natural world with modern Americana-esque sounds with a pounding rhythm section and modern dance grooves. Supporting In Their Thousands on the night was Donegal singer songwriter George Houston who released his debut album, Cold Toast, in the summer of 2021. Photos: Donna El Assaad